Constructed and operated by The Australian National University's Research School of Astronomy and Astrophysics, SkyMapper is a state-of-the-art, wide-field survey telescope that represents a new vehicle for astronomical discovery in Australia.  Situated under the clear, dark skies of Siding Spring Observatory near Coonabarabran in central NSW, SkyMapper's mission is to create the first comprehensive digital survey of the entire southern sky. The result will be a massively detailed record of more than a billion stars and galaxies, to a sensitivity one million times fainter than the human eye can see. Images and catalogues from SkyMapper's Southern Sky Survey will be made freely available to the scientific and general community via this website and the worldwide Virtual Observatory initiative.

The SkyMapper telescope itself has a modified Cassegrain design, featuring a:

The telescope is contained within a dome 11.5m tall and 6.25m in diameter, at the summit of Siding Spring Mountain (Mt Woorat), overlooking the Warrumbungle National Park.

SkyMapper has an f/4.8 focal ratio, making it highly efficient as a survey instrument. At the heart of the telescope is a unique digital camera designed and constructed in-house by ANU engineers. The A$2.5 million camera uses 268 million pixels (33 times the number of pixels in an iPhone 6, and much more sensitive) to capture a region of sky 30 times larger than the full moon every 20 seconds. As well as recording the brightness, shape and precise position of countless southern stars and galaxies, a unique series of coloured glass filters provides astronomers with information about each star's age, mass and temperature. The large volume and high quality of SkyMapper data will enable astronomers to:

In addition, SkyMapper will help astronomers pinpoint stars and galaxies for future investigation using the next generation of extremely large optical telescopes such as the 25m Giant Magellan Telescope, as well as cutting-edge radio astronomy facilities like the Australian Square Kilometre Array Pathfinder (ASKAP) in Western Australia, and later, the Square Kilometre Array itself.

Since starting its Southern Sky Survey in March 2014, SkyMapper has been generating approximately 100 megabytes of data per second during every clear night of survey operations. This will amount to about 1 Petabyte of images (equivalent to 200,000 DVDs) at the end of the survey in 2021. Processed and calibrated data will be made publicly available in regular releases and will include images of all stars, galaxies and nebulae, as well as a database containing the accurate colour, position, brightness, variability, and shape of every one of the hundreds of millions of objects in the southern sky.

The current data release from the survey is DR2 (released in Feb 2019) and contains over 500 million objects and over 4 billion detections from an area of ~21,000 deg2. Regular updates will continue over the next years, with the final release of the full data set around 2022. Australian astronomers have exclusive access to SkyMapper data for a time of upto 18 months following its release, after which researchers from the rest of the world are free to access and use the data. 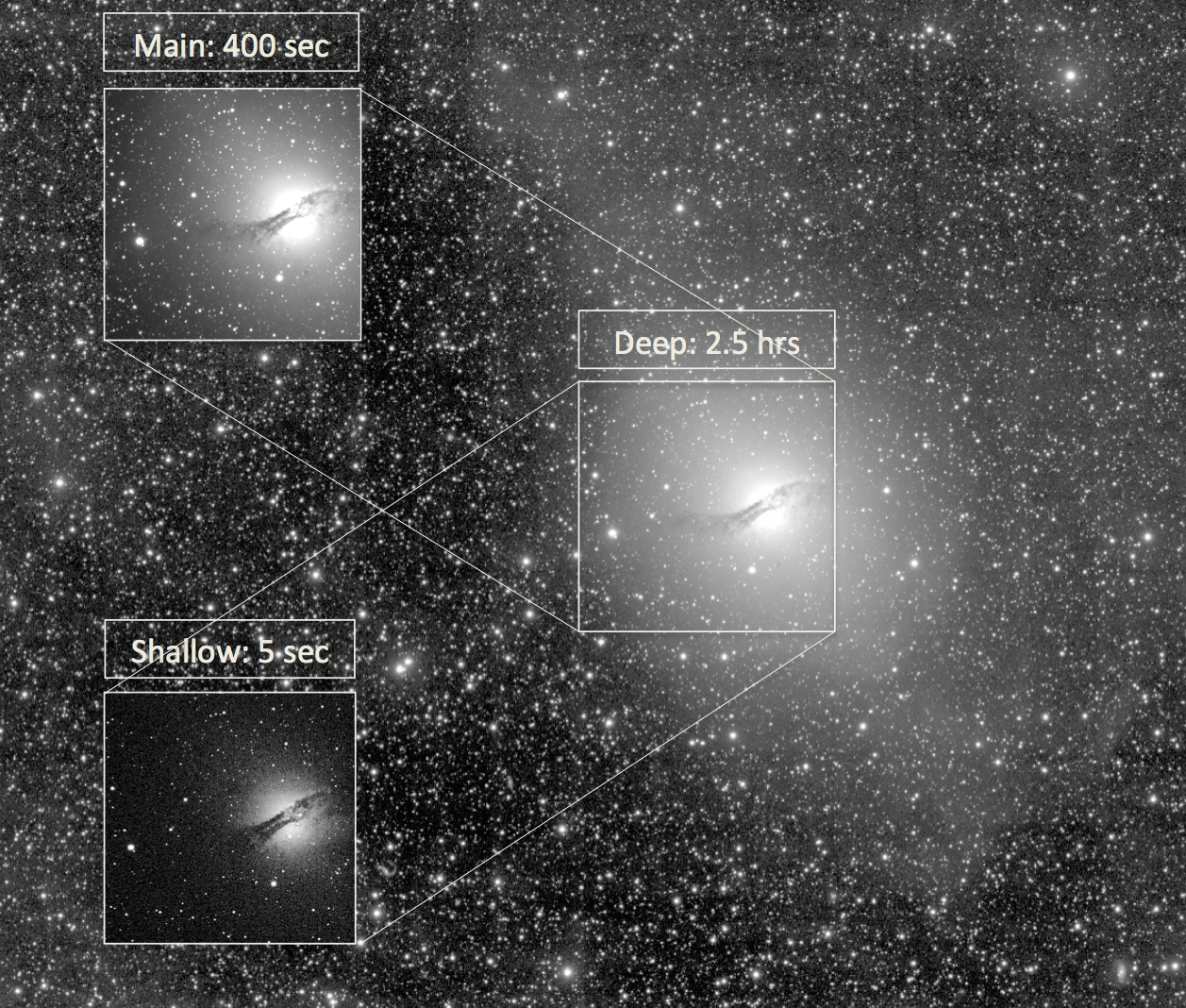 We will endeavour to add information and images to this site as the survey continues, including news of any exciting discoveries made with SkyMapper data over the coming months. For more information, you can also follow SkyMapper on Twitter or send us an email at skymapper@anu.edu.au.

The team behind the Southern Sky Survey has evolved significantly from the original 2003 ARC Discovery Project led by Schmidt, Francis, & Bessell. The current team is comprised of: